An excavation carried out on the northeastern side of King Merenre Pyramid in Saqqara Necropolis, Egypt, recently uncovered five tombs from the Old Kingdom and First Intermediate periods. Egyptian Minister of Tourism and Antiquities Khaled El-Enany and Secretary General of the Supreme Council of Antiquities Mostafa Waziri inspected the excavation work carried out by an excavation team from Egypt. 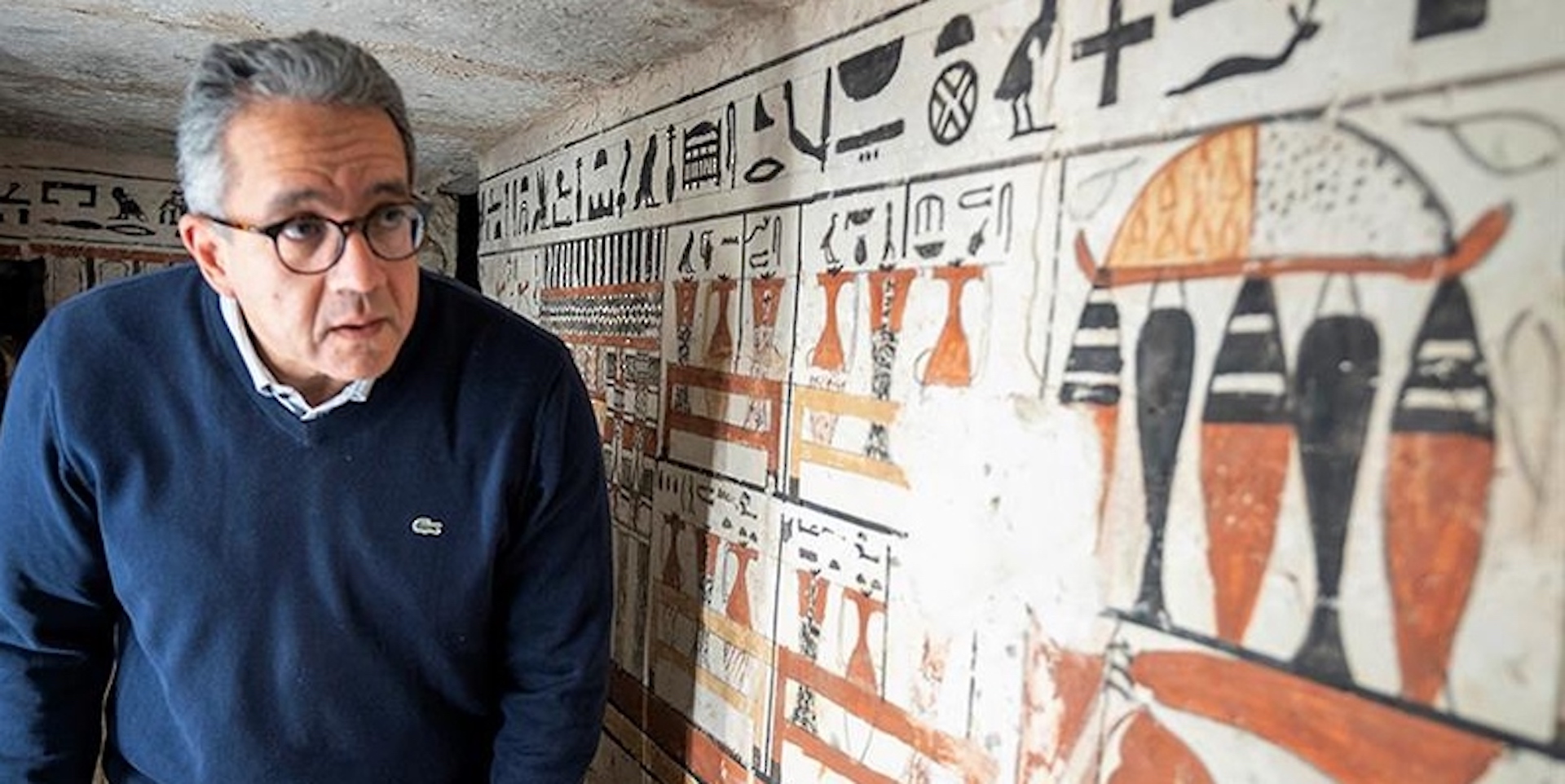 A funerary scene depicting offering tables, the seven sacred oils and the façade of the palace can be seen in the first tomb, which belonged to an official of the rank of Iry. Among the relics found in the tomb was a limestone sarcophagus. The second tomb belonged to a woman who might have been the wife of Yaret, and had a rectangular burial shaft.

The third tomb belongs to Pepi Nefhany, who held the positions of supervisor of the great house, priest, and purifier of the house. Its burial shaft measures six metres deep. A fourth was dedicated to a woman named Petty, who was a priest of Hathor and was responsible for the king’s beautification. It also has a six-meter-deep burial shaft. The fifth tomb is dedicated to Henu, the overseer and supervisor of the royal house. It consists of a rectangular grave with a depth of seven meters. These tombs will be studied further to reveal their secrets.

Suicide bomber kills 20 and injures 96 at mosque in Pakistan