On the occasion of Martyrs’ Day, Egypt’s President Abdel Fattah Al-Sisi honored the families of the members of the Armed Forces who were killed in action in the line of duty. In his remarks to the audience, he explained: “On this day, we commemorate a memory dear to our hearts: men who believed in the promise and sacrificed everything for the sake of their homelands; dignified and proud, with their heads held high.” 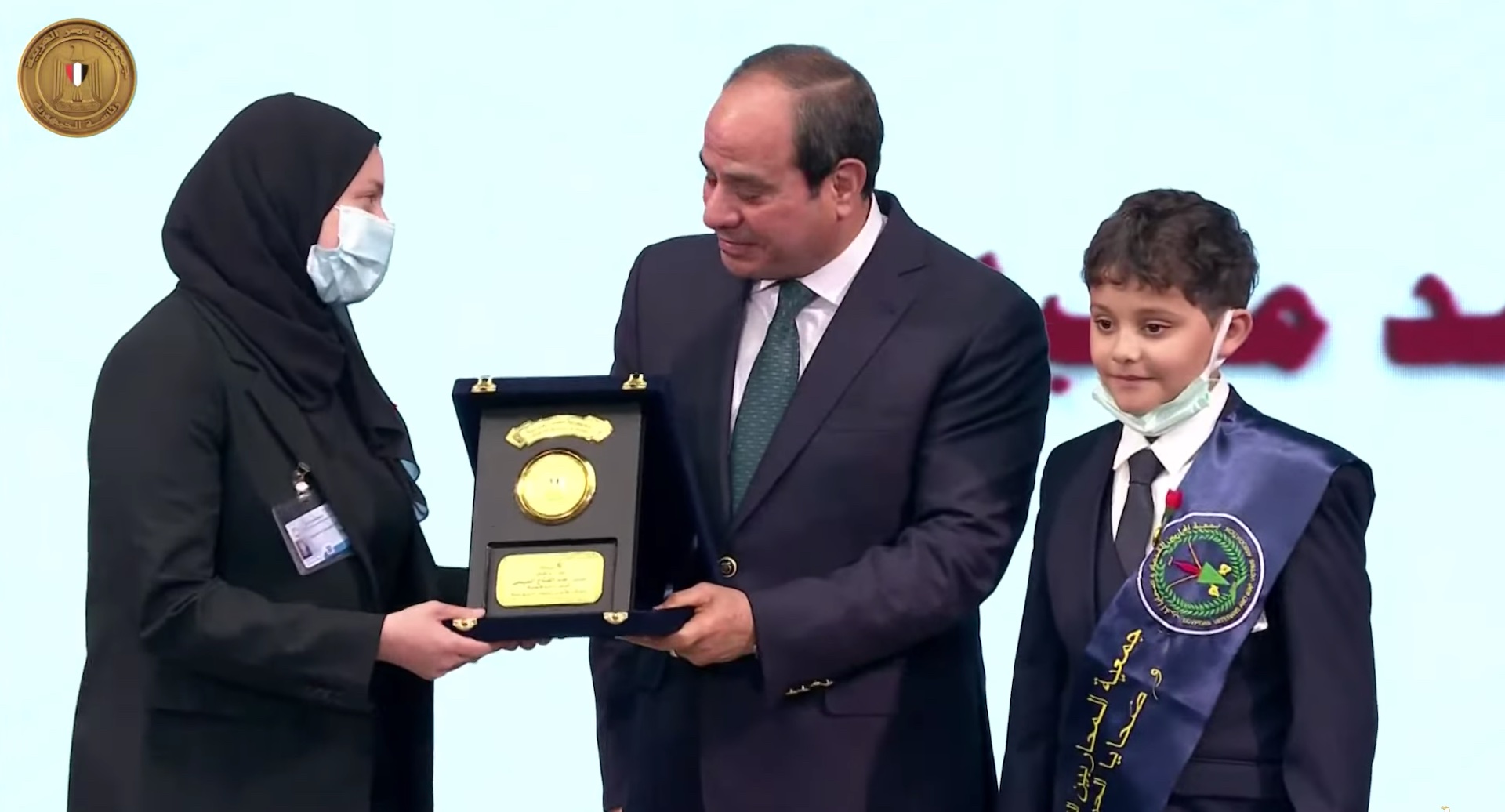 “The truth is that evil people – regardless of how horrible, cruel, stupid, and ignorant their actions and aggression are – cannot succeed in the end, and that good people will. Martyr’s Day is a renewed opportunity to honor all the loyal sons of Egypt, who gave their lives for the eternal homeland so that it may remain vibrant, fruitful, peaceful, and developed,” Al-Sisi said

The Egyptian Armed Forces celebrate Martyr’s Day every year on 9 March to mark the death anniversary of Lieutenant-General Abdel Moneim Riad, who passed away in 1969. A number of ministers, senior statesmen, and military leaders attended the event, including Speaker of Parliament Hanafy El-Gebaly, Senate President Abdel Wahab Abdel Razek, Prime Minister Mostafa Madbouly, and Mohamed Zaki, Commander-in-Chief of the Armed Forces and Minister of Defence.

Egyptian bill calls for psychological and medical exams before marriage

Moon and Earth photos sent back by the South…