His Highness Sheikh Mohammed bin Rashid Al Maktoum, Vice President, Prime Minister and Ruler of Dubai, today watched a part of the Dubai Stage of the third edition of the UAE Tour (21st to 27th February, 2021), the one and only World Tour cycling race in the Middle East. The race, which is organized by the Union Cycliste Internationale (UCI), the world governing body of cycling, attracts 140 top professional riders representing 20 teams from across the world.

His Highness Sheikh Mohammed bin Rashid followed the race from the starting point (Abu Kadra Roundabout) passing through the city’s most iconic landmarks including Burj Khalifa and finishing at Palm Jumeirah. He greeted the cyclists who will conclude the race in Abu Dhabi on Saturday. Stage 1, the ADNOC Stage, of the third edition of the UAE Tour. With a peloton of 139 riders, the opening stage featured 176km of riding on a flat route between Al Dhafra Castle and Al Mirfa.

His Highness Sheikh Mohammed expressed his happiness at the large participation of national youth as well as foreign teams in this unique sporting event in the Middle East region. He considered cycling among the most difficult and tough sports because it requires high physical fitness, patience, the effort required to go the distance, and perseverance so that the cyclist can enter and participate in such world tournaments. 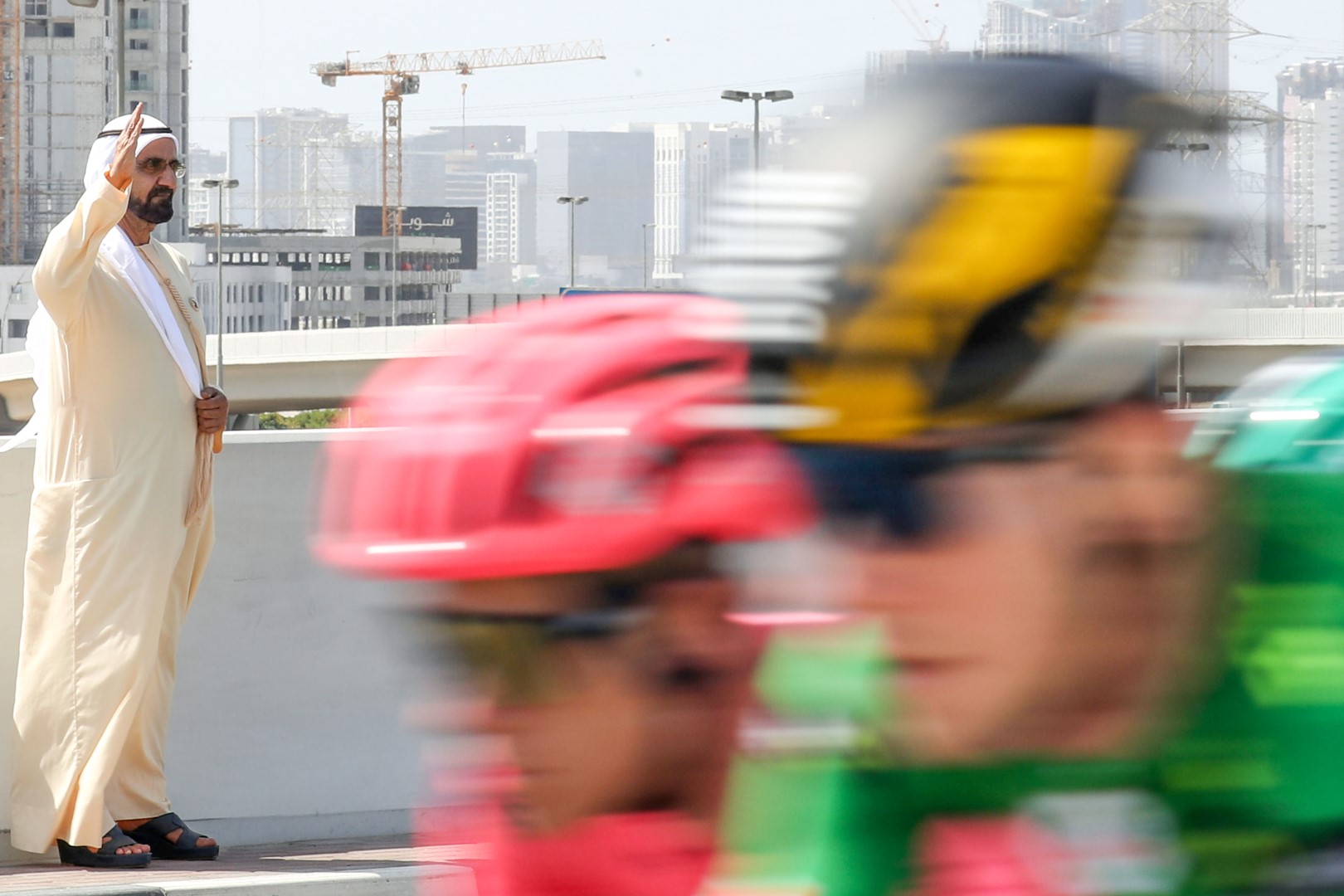 He also commended the efforts of the organizing committee for hosting the event in the Emirates, since cyclists toured most of the emirates and regions of the country, reflecting the prestigious position that the country occupies in the international sporting circles and the confidence it enjoys with various international bodies.

He added that the selection of the UAE as host for the third edition of this global race is a testament to the nation’s youth to organize and manage high-profile sports events with such efficiency because they have a long proven record of organizing such international tournaments and competitions. The seven-day race spans a distance of 1,045km through different emirates.

Mbappe in image rights battle with France ahead of World Cup

Tennis legend Roger Federer will retire after the Laver Cup

As FIFA lifts the ban on Indian federation, the U-17 World Cup will proceed

After leaving South Korea with winds and rain,…

Germany to expand its military presence in the…

Meeting with North Korea on family reunions is…

Brad Pitt debuts as a sculpture artist in Finland