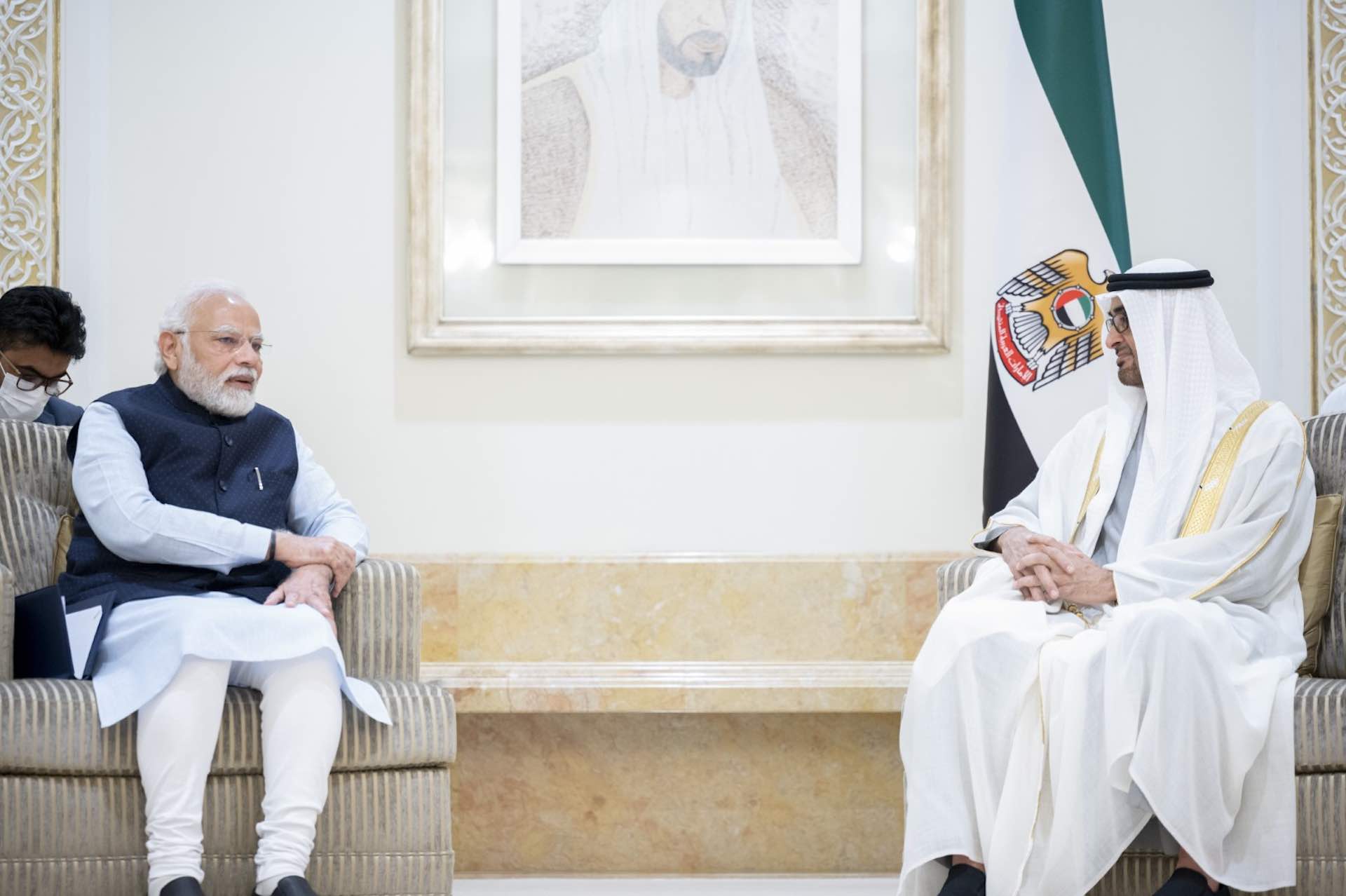 PM Modi congratulated Sheikh Mohamed on assuming the UAE presidency, wishing him success in leading his country and achieving more progress and development. He expressed a desire to work more closely with the UAE in the coming year in order to enhance bilateral ties in all areas.

In turn, the UAE President expressed his gratitude for the warm feelings of the Indian Prime Minister towards the UAE. He wished stability and prosperity for the people of India. Furthermore, he emphasized the strategic ties between the UAE and India and their shared willingness to expand them into wider horizons.

Sheikh Mohamed praised the Indian community for its contribution to the development, building and progress of the UAE. He also praised the UAE’s role in promoting cultural bonds and economic ties between the two friendly countries. He also praised the contribution of all communities in the UAE coming from fraternal countries. In order to ensure the mutual interests of their peoples, the two sides discussed bilateral relations in light of the overall strategic cooperation and comprehensive economic partnership agreement between the two countries.

Over 2.7 million guests will be welcomed by Etihad Airways this summer

UN agenda for COP15 at the World Nature Summit in Montreal

US slaps terrorism sanctions on two companies and accountants in Lebanon

UN agenda for COP15 at the World Nature Summit in…

Africa is primed to become a global leader in…

Russian oil is capped at $60 per barrel by the…

With his 15th win, Max Verstappen finished the F1…